Striking a balance on climate warnings 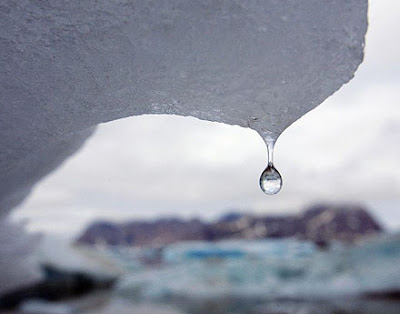 Story by Leo Hickman
Are doom and gloom assessments on climate change helpful or harmful?

Just when you thought it couldn't get any worse, here comes along James Hansen, head of the Nasa Goddard Institute for Space Studies and one of the world's most respected climate scientists (except in the White House), with an even more depressing assessment of how climate change will unravel over the coming decades - if, that is, we don't act fast to reduce our greenhouse gas emissions.

We need to abandon our emissions target of 550 parts per million of C02, he says, and aim to achieve 350ppm instead. Yeah, because we were already doing so well agreeing to meet the original target, weren't we?

Rather chillingly, he argues the new target is now a necessity if "humanity wishes to preserve a planet similar to that on which civilisation developed". You can't really argue with the goal when it's put like that, can you?

But what on earth does he expect us all to take away from his new doom-laden forecast? Do we jump up out of our armchairs and resolve to work even harder to implement the changes required? Or do we slump back further into our armchairs and put our head in our hands in despair?

It doesn't take a student of psychology to tell us that if you keep moving the goal posts and offer little in the way of hope, then most people will simply give up trying. Worse, they might even start to resent and distrust the messenger.

Clearly, this has been happening for sometime now with larges swathes of the population still refusing to accept what the vast majority of climate scientists have been telling them about the impact our species is having on the climate.

There are many reasons for this collective state of denial, but one of the major ones, I feel, is that the journey we are being warned we need to make is simply too much for people to comprehend within the framework of their current day-to-day lives.

Fair enough, you might say: we like our western lifestyles, thank you very much, and will cling to them with all our might. In addition to this, many feel the solutions on the table today are but a mere token when compared to the levels of emissions reductions Hansen and others are warning us we need to make.

The only realistic solutions - all of which seemingly involve stripping out virtually all the fossil fuels from our economies - are just too unpalatable for us, or our political representatives, to even consider, let alone act on.

Scientists are charged with only collating data and telling us how they interpret their findings. It is up to "us" to work out what we do with the news. But senior, globally respected scientists such as Hansen clearly realise how their assessments will play with the wider public. Therefore, they face a bind: their obligation as scientists is to keep telling it like it is, but they also know that they are in danger of being viewed as the ones crying wolf.

As I argued recently, when James Lovelock presented a similarly depressing forecast (in summary: we're screwed, so we might as well enjoy it while we can), I believe we obviously shouldn't be shielded from what the scientists are telling us, but that we do need to move quickly towards also having a much louder and determined dialogue about the solutions otherwise there will be a collective "switch off" on this issue and the only thing that will then stir us from our slumber, as Lovelock predicts, will be a climate change-induced disaster that gravely affects the western world