Investing in Arid and Semi-arid lands is a Global Imperative 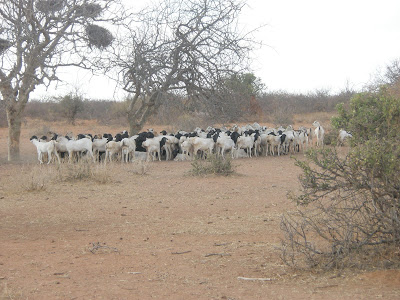 Arid and semi-arid lands (ASALs) comprise 80 per cent of ’s total land mass. These grasslands and sparse wood lands stretch from Turkana to Mandera, from Wajir down to Taita Taveta and Kwale, from Kajiado to Narok, from Baringo, Marsabit to Isiolo.

The ASALs are by far the most crisis-ridden regions of . These dryland districts face severe and increasingly frequent challenges of droughts, floods, desertification, rapid population growth and extreme poverty. The ASAL region score at the very bottom on all indicators of the United Nations’ Human Development. These indicators include life expectancy, education, literacy and living standards.

Owing to the deepening ecological crisis made worse by climate change, the ASALs are prone to violent conflict over water and pasture. Take a close look at the violence in Marsabit, Pokot, Marakwet, Transmara, Garissa, Mandera, Ganze and Tana River-one encounters pastoral communities locked in incessant territorial conflict over water and pasture.

When bureaucrats in look at many of the ASAL areas all they see is violence and banditry at the core. The response is often a surge in military and paramilitary forces. Policy makers fail to realize that that the root of the crisis in the ASALs is not inadequate security but environmental stress and resource scarcity, exacerbated by extreme poverty.

Added to the political neglect and under-development is another set of problems characteristic of the ASALs. The ASALs are the epicentre of a cycle of killer droughts floods and disease delivered by the El Nino phenomenon. Droughts in the region have risen fourfold over the past 25 years, ravaging landscapes, livelihoods and livestock. Drought in the ASALs now occurs every five years.

The drought, which affected from 1999 to 2000, has been described as the worst in living memory. More recently, the drought in 2005 to 2006 left 3.5 million people in need of emergency food aid. At the peak of the 2006 drought, emergency feeding was needed for 73,000 malnourished children under five, 7,200 pregnant and nursing mothers. The drought left more than 460,000 children were in need of urgent healthcare.

Massive deaths of cattle were reported in Marsabit and Mandera. In Turkana, the cows and sheep on which 250,000 pastoralists relied on for food and milk were decimated by drought in 2006. Some pastoralists in Kajiado and Narok in south-eastern reported deaths of up to 75 per sent of their herd.

The heavy rains in 2006 caused the worst floods since the El Nino event of 1997/98. The perched soils flooded, driving families from their homes, cutting off roads, disrupting vital humanitarian relief services, spreading diseases such as diarrhea, malaria and pneumonia.

The Rift Valley Fever (RVF), a rare zoonotic transmitted by mosquitoes is associated with El Nino and flooding in the ASALs. RVF causes pregnant animals to simultaneously lose their foetuses. Among new-born animals-calves, kids and lambs-the mortality rate can reach 90 per cent.

In the decades to come, climate change will act as a ‘threat amplifier’ that will aggravate existing concerns, such as water, pasture scarcity and food insecurity, more complex and intractable.

Oxfam International estimated that the loss of livestock and the cost of the humanitarian response to the 2006 drought was $800 million. However, these estimates do not take into account the nearly irreversible environmental degradation.

Decades of economic marginalization driven by with inappropriate development policies, have resulted in the ASALs being the most under-developed regions of . For instance, 65 per cent of people in the arid north-eastern province live below the poverty line, compared to the national average of less than 50 per cent.

Basic services such as health care, water and education are neither adequately provided nor adapted to the suit the special circumstances of these predominantly pastoral communities. A devastating combination of critical failures in public policy and environmental shocks has therefore turned the ASALs into a veritable poverty trap.

Under a business as usual scenario, the ASALs presents an intractable hurdle that may prevent from achieving the millennium development goals (MDGs), especially those related to eradicating extreme poverty and hunger, universal primary education, reduction of child mortality and promotion of environmental sustainability.

For the first time since independence, the Government of Kenya (GOK) has put together a policy, investment and implementation plan for the ASALs, the National Policy for the Sustainable Development of Arid and Semi-arid Lands of Kenya. The government estimates that $3 billion will be required to execute a long-term development strategy for the ASALs over a period of 15 years.

To end the poverty trap there must be significant and sustained public and private investments towards the provision of water, grazing management, rangeland management, weather forecasting, veterinary care, education, health services, livestock extension services and marketing of livestock and livestock products.

The oil rich states of the Persian Gulf and are potentially lucrative markets for livestock products from the ASALs. But to develop these markets, the ASALs will need paved roads, electricity, reliable water supply, storage facilities and cell phone coverage.

The Earth Institute at through the Millennium Villages Project (MVP) in Dertu in Garissa district provides a template for making investments to improve the livelihoods and economies of pastoral communities. Working with a population of 5,000 the MVP has implemented low-cost interventions to fight diseases, provide schooling for children, ensure basic nutrition, deliver veterinary services and provide reliable, all-season water for livestock.

The humanitarian crisis witnessed in ’s ASALs is replicated in the Horn of Africa, the Sahel, the Kalahari and . Pastoralist clans everywhere from the Pakistani-Afghan border to to Dafur and are engaged incessant conflicts over pasture and water. Increasingly, these conflicts have been hijacked by religious extremists groups and turned into training grounds for terrorists.

There is an opportunity here to make the case for a Global Fund for Drylands. The and its European allies should reconsider their military adventures in the war against terror and commit substantial resources to dryland research and development. The wealthy countries of the Persian Gulf and the Middle East as well as emerging economies with vested interests in Africa such as and should also be drafted in this effort.