On December 5 2013, one of the greatest flames of the modern age burned out. But his memory will be etched forever in our grateful hearts and eternal flame will burn in our collective memories, with reverence. Nelson Mandela is perhaps the most consequential moral leader of our time. He belongs to the ages with Mahatma Gandhi, Martin Luther King, Rosa Parks and Mother Theresa. 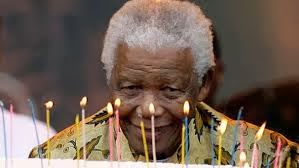 People across the world, leaders and ordinary folk, have been galvanized in an unprecedented and universal outpouring of grief and tribute. Mandela’s family and the nation of South Africa have been deeply touched by the spontaneous and collective global love and celebration of the life of one of the finest of our kind.

Nelson Mandela founded and led Umkhonto we Sizwe, the armed wing of the African National Congress. This armed movement led the struggle against white domination in South Africa. Mandela and his co-conspirators were tried for 221 acts of sabotage to overthrow the apartheid government.

On April 20 1964 at the Supreme Court of South Africa in Pretoria, Nelson Mandela erupted on global civil rights landscape with a speech from the dock. Mandela closed his seminal deposition by delivering the most audacious and profoundly prophetic words ever. He said, “I have fought against white domination, and I have fought against black domination. I have cherished the ideal of a democratic and free society in which all persons live together in harmony and with equal opportunities. It is an ideal, which I hope to live for and to achieve. But if needs be, it is an ideal for which I am prepared to die. “

Mandela’s words from the dock in the remind me of the words of Martin Luther King Jr. spoke at the Great March on Detroit on June 23 1963. Talking about the price of freedom, Martin Luther king said, “But if physical death is the price that some must pay to free their children and their white brothers from an eternal psychological death, then nothing can be more redemptive”. And I am reminded of Mahatma Gandhi’s words too. “Strength does not come from physical capacity. It comes from an indomitable will”. Mandela’s strength and global stature grew from his undying commitment to justice, equality and liberty.

On May 10 1994, Nelson Mandela was sworn in as the first black president of South Africa, ending apartheid and white domination. On this day, Mandela closed his inaugural speech by saying, “Never, never and never again shall it be that this beautiful land will again experience the oppression of one by another and suffer the indignity of being the skunk of the world. Let freedom reign”.

On his passing, leaders have surged forward to pay tribute to the world’s foremost global moral leader and icon of freedom, who embodied fortitude and forgiveness. As Mahatma Gandhi said, “The weak can never forgive. Forgiveness is an attribute of the strong.” In his tribute President Obama said, “ We’ve lost one of the most influential, courageous and profoundly good human beings that any of us will share time with on this Earth. "He no longer belongs to us -- he belongs to the ages." Former US President Bill Clinton who was in office when Mandela become leader of South Africa said, “Today the world has lost one of its most important leaders and one of its finest human beings”. British Prime Minister David Cameron said, “Meeting him was one of the greatest honors of my life”.

Perhaps the most profound of tribute came from South African President Jacob Zuma. In one of the finest moments of his presidency, Zuma said, “Our nation has lost its greatest son; our people have lost a father. “What made Nelson Mandela great was precisely what made him human. We saw in him what we seek in ourselves." The essence of Mandela’s greatness was not the isolating and vain trappings of position or power. The essence of Mandela’s greatness was the common, everyday ordinariness of a decent, sensitive and connected human being.

Mandela was not infallible. Like all of us he was deeply flawed. He once said, "I am not a saint, unless you think of a saint as a sinner who keeps on trying." We can all do more than speak of him in glowing terms. You and I can pledge to use his example to transform our own lives.
Posted by Unknown at 01:22