Kenya’s Post-election Turmoil: The Dawn of a New Beginning 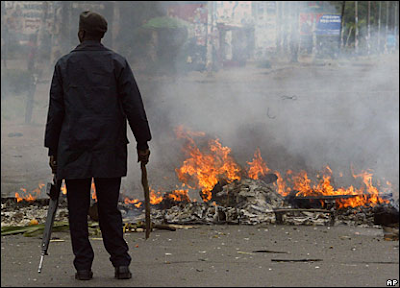 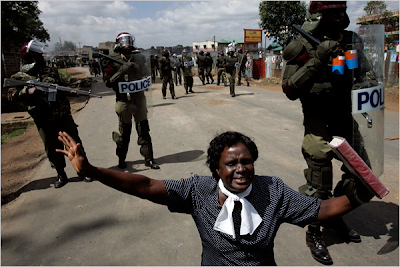 Ladies and gentlemen, my subject is grim but I wish to open this address on an optimistic note by quoting JF Kennedy. “However fixed our likes and dislikes may seem the tide of time and events will often bring surprising changes in the relations between nations and neighbors”.

’s sparkle is waning fast and furious. The country’s image as haven of peace and a regional economic powerhouse is now unraveling.

The political impasse and the on going turmoil in is a powerful indictment of the fragility of an African economic renaissance that was exemplified by GDP growth of 6.1% in 2007.

Uneasy observers are now watching 's shaky power transition. However, one hopes that , the continent's biggest economy, is in a different club from the rest of Sub-Saharan African countries.

The turmoil, insecurity and political unrest following Mr. Kibaki’s re-election will only serve to further undermine ’s poor record in attracting foreign direct investment (FDI). According to the 2007 World Investment Report of UN Conference on Trade and Investment, ’s FDI inflows totalled a modest US$118m in 2004-2006. This is in stark contrast to ’s US$786m and ’s US$1.16bn.

With 2007 earnings estimated at nearly US$ 950m, tourism is the country’s main foreign exchange earner. But all the major tourist supply countries around the world have issued travel warnings. Tourist arrivals are expected to decline sharply over the next three to six months. Kenya Association of Tour Operators estimates that the tourism industry will loose about US$300m in the first quarter of 2008. There is no telling how long this downturn will last.

The violence in the Rift Valley has seen many flee their homes and farms. Disruption in transportation and widespread unrest in major towns and cities have had disastrous effects on food supplies and agricultural commodity markets. Farmers in Kisii, Keroka, Molo, and most of greater Kiambu are sitting on a pile of agricultural produce which they cannot get to the market.

The expected decline in agricultural production in the Rift Valley will not be short lived. The grim reality is that aftermath of the poll has unpacked deep-seated ethnic odium. A political truce or coalition government will not defuse ethnic tensions and restore sufficient confidence to convince those who were displaced to return to their land. Given that agriculture is directly responsible for one-quarter of GDP, there will be a significant downturn in 2008 directly attributable to the political turmoil.

The Central Organization of Trade Unions (COTU) warned that over 500,000 workers risked loosing their jobs following post election unrest. It is difficult to ascertain the validity of these numbers. However, any layoffs in this magnitude will have a devastating knock on effect on the economy. Poverty will increase because of loss of income for a majority of unskilled workers. Low consumer spending will further affect an already fragile agricultural sector.

There are deep concerns about donor funding. The EU has moved to cut further financial support to the country. Although this is powerful in its symbolism, the Kenyan government is likely to dismiss it as inconsequential. The had earlier warned that it will not be “business as usual” unless the political crisis is settled. With this kind of mood, even the government efforts to borrow in the capital markets are under threat. Foreign borrowing will certainly be infeasible in the first half of 2008.

Mr. Kibaki may find an ally, a counter weight to the West, in . In an apparent reference to the crisis in , claimed recently that Western style democracy was not appropriate for . Seeking natural resources to bring dramatic growth, has become a big investor in with less concern over issues like stability or democracy.

The World Bank’s January forecast for ’s GDP is 5.3% in 2008, a substantial decline from an impressive 6.3% last year. So far the plunder and disruption following the plunder and disruption of the post election turmoil is estimated by the Treasury at US$1bn. Achieving a GDP greater 4 % in 2008 will be a herculean task. However, some analysts regard the events as merely a blip in a country with a long record of political and economic stability.

Posted by Unknown at 21:07 No comments: Links to this post

The events of the past weeks will be etched in our hearts and engraved in our history as our encounter with the real us. Think about it as the day you met you, the treacherous kiss and the embrace of death. The day you came face to face with your dark, cold and cruel heart.

I can almost hear you swear you do not recognize this person. You say their silhouette reminds you of Burundi, DR Congo, Sierra Leone, and Rwanda.

That there were malpractices on both sides is incontrovertible. Electoral fraud was committed by ordinary Kenyans and ECK, both acting at the behest of the political elite.
It is instructive that the ECK chairman does not know the winner of the presidential poll. Who won or lost the presidential vote? Who is or is not the people’s president? While these are legitimate questions, we have incurred an inordinate cost in blood and treasure.

Not one among us is without blemish. Ultimately the vanguard of democracy is a responsible and vigilant citizenry, a citizenry that will not sell their soul and motherland for tribe and self- interest.

This is no time for partisan opportunism and political band-aid. Even the boldest power sharing deal with Mr. Kibaki as His Majesty and Mr. Odinga as Prime Minister is not the solution. We recall the epic proclamations of “uhuru na Kenyatta” and “Kibaki tosha”.

Although the grievances are political, the violence has a deep ethnic baritone and is now acquiring a streak of state excesses. There is no highway that leads easily and inevitably to easy answers. Neither can we find the answer by merely praying for or preaching and singing about peace, one nation, and one people. An end to the political tension will not necessarily herald a new dawn of equity, tolerance, trust and social harmony.

Neither tough talk, nor vigilant policing nor muzzling of the media will end this tangle. These strategies will only serve to exemplify Mr Odinga as obdurate and Mr Kibaki as an archetypal despotic African “big man”.

We must address the root causes of the problem. The current constitution is an impotent, listless document that has woefully failed to deliver even on its modest promises. We have executed social and economic policies that allowed untenable ethnic inequity to fester and failed to build social cohesion and ease the path to nationhood.

Our constitution makes the presidency and government a theatre for ethnic intrigue and partisan absurdity. The current constitutional dispensation allows the president to emasculate vital institutions and constrains the civil service to prostrate in servitude to the presidency. Parliament is an innocuous and sterile ambler that disdains its legislative obligation.

Kenyans must confess to the sin of idolatry. The presidency is supreme deity. His/her tribal folk are saints and arch angels, utterly obnoxious in their hubris. Hence, presidential politics and government is necessarily about victorious and vanquished tribes.

How do we create a symbol of sovereignty that is not polarizing but rather one that unifies us for a higher purpose, a chief executive that inspires us to a supreme destiny? How can we model a presidency that serves a cause that is greater than ethnic or self-interest? How can we raise a citizenry whose ultimate loyalty and obligation is not to tribe but to country and posterity?

We must debunk the myth and fantasy of a peaceful, stable and prosperous nation. We must confront the reality that ours is a volatile, highly inequitable society, with deep ethnic odium. We must engage in a dispassionate and reasoned debate that examines whether the idea of a unitary state is desirable, feasible or even pragmatic. We must determine through a new constitutional order, a set of common values, ideals and institutions that can guarantee dynamic stability and nationhood.

The current crisis presents a historic opportunity, a tipping point or threshold. There is a cathartic streak about the post election violence. In a gruesome way, the turmoil is a kind of purging, cleansing and emptying of the bowels of ethnic hatred that could lead to a redressing of socio-economic inequities.

Only genuine, robust bipartisan civil society engagement will revive some hope and steer the political protagonists towards the hard choices they must make. Like Moses, an engaged and dispassionate civil society must point the way towards the Promised Land.
Posted by Unknown at 20:22 No comments: Links to this post 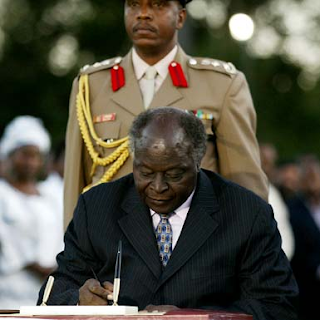 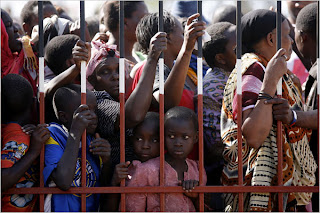 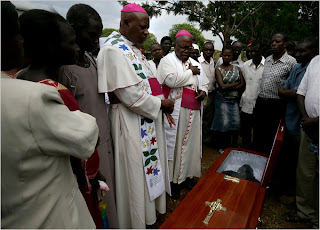 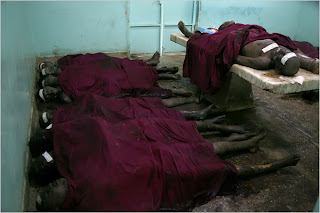 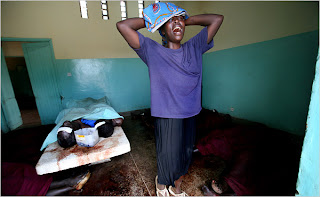 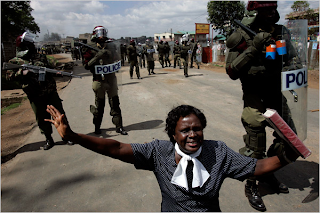 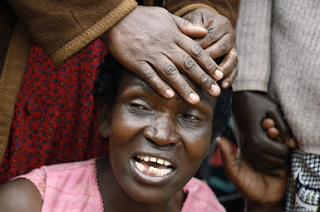 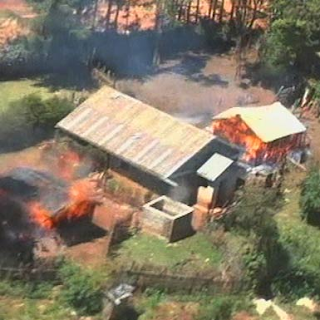 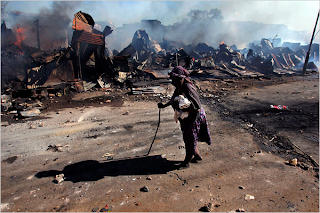 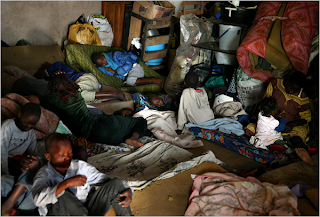 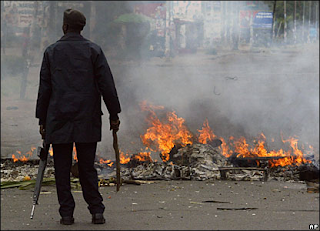 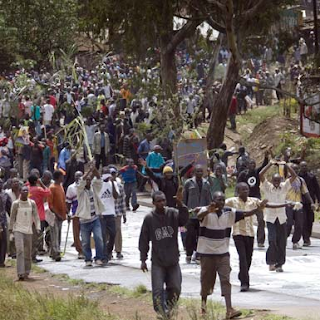 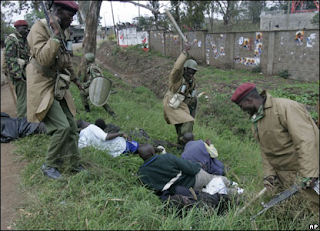